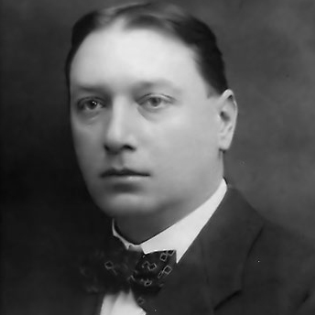 In 1900, when he was 18, he undertook his frist  study trip to Vienna. From 1903 to 1906 he studied at the Prague Academy with professors Josef Thiele and Vlaho Bukovac. From 1907-1908 he exhibited with the group OSMA [The Eight] (Vincenc Beneš, Othon Coubine, Antonín Procházka, Bohumil Kubista, Max Horb, Willy Nowak, Bedřich Feigl) in Prague. From 1909 he became a member of the Mánes Union of Fine Arts, in which he with interruptions acted as a leading representative and organizer until its liquidation in 1951. In the years 1906 to1914 he regularly stayed in Paris and kept in close contact with Picasso, Braque, Gris, Pascin, Chagall, Kars, Jacob and Apollinaire. Since 1914 he lived in exile in Netherland. There began in 1917 the collaboration with T. van Doesburg and P. Mondrian on the first edition of the revue "De Stijl". 1919 to 20 he founded and headed the Czechoslovakian embassy in The Hague. Between the two world wars he lived alternately in Prague and Paris. Because of his anti-fascist stance, he was interned in the Dachau and Buchenwald concentration camps from 1939 to 1945. In 1945 he became professor at the University of Applied Arts in Prague. In addition to artistic work, he dealt with art theory and art history. He was a contributor to the art magazines, such as  “Volné směry.” (“Free Directions”) 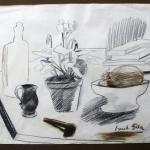