There for you for over 40 years

The history of our gallery is closely connected with the recent history of the Czech Republic and Slovakia. In 1968, after the Soviet occupation of Czechoslovakia, hundreds of thousands left their homes and settled in democratic countries. Among them were many artists, who naturally wanted to continue to prove themselves in their profession.

However, the artists were in a difficult situation. Many writers had too little knowledge of the language of their host country to be able to establish themselves. As a result, exile publishing houses were established in Zurich, Cologne, Toronto, London and Rome, and numerous books were published in Czech and Slovakian. It was a difficult time for the visual artists, as they were unknown in their new homeland and also lacked the financial means to organize exhibitions. Therefore they could not introduce themselves to their audience.

This was one of the reasons why we founded the Krause Gallery in 1972. It offered exhibition opportunities, was a meeting place for compatriots and the Swiss public and offered many an unknown artist a chance for his future artistic career.

In addition to unknown artists, those who had already made a name for themselves in the world also exhibited. These included, for example, Jiří Kolář from Paris, Jan Koblasa from Hamburg, Lecoque from Los Angeles and others.

After the Velvet Revolution in 1989 in the former Czechoslovakia and the fall of the Soviet Union, artists in exile were able to exhibit in their homeland again. With the changing situation the concept of the gallery also changed. Now we were able to present Czech art as a whole.

Contacts were gradually established: in the gallery we presented graphics by Jiří Anderle, glass objects by Bohumil Eliáš, sculptures by Olbram Zoubek and ceramics by Stanislav Martinec. With each further visit to Prague we discovered more artists, and the names of Adolf Born, Oldřich Kulhánek, Jan Bauch, Karel Chaba and many others appeared in the Swiss press.

Even works by deceased artists, who are now counted among Czech Classic Modernists, found their way to our gallery. Among them are for example Jan Zrzavý, František Tichý, Ota Janeček and Emil Filla.

Thanks to today's media, such as the Internet, it is possible not only for our gallery visitors, but for all those interested in art to view the exhibited works on our website. In this way, works from the Krause Gallery have found their way into some private collections around the world. The cooperation with renowned transport companies guarantees a fast and safe transport.

We are pleased that you are visiting our homepage and hope that the works shown have aroused your interest.We wish you continued enjoyment of art and hope to welcome you to our gallery in the future. 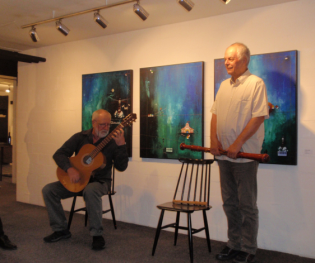 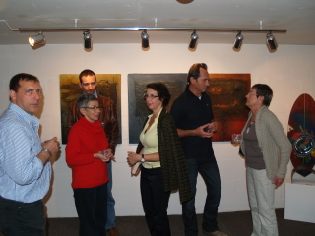 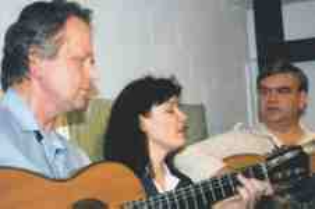